Hayworth Design and Construction was founded in 1980 by Michael Hayworth. In 1975, after studying architecture in Southern California and Maine, Mike went traveling with no particular itinerary—just a desire to explore and get out of “the southland”. Here’s a little of his story: 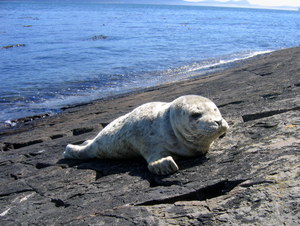 “When I woke up on Madrona Point (Orcas Island) one morning after a foggy ferry ride from Sidney, B.C. I had a feeling I’d landed someplace special. Still determined to keep on traveling, my buddy and I made plans to leave. But the days turned into weeks and the weeks into months (and, yes, there was a girl in there, too!). I didn’t admit it at first, but I’d found my home.  I was only 20 and not very eager to get serious about anything yet. But I quickly found work and a place to live and a tight knit community of “islanders” and newcomers—like me. I’d never been in a more welcoming place.

Once my carpentry and design skills were discovered, people were hiring me to build a deck, design an addition or put a roof on their falling down old cabin. I loved it. I was hooked. 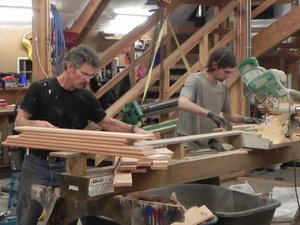 I worked for some of the old time contractors and some of the newer ones, too. I became really good at concrete work—something a lot of guys would just as soon someone else did—provided they could get as good a job as they would do themselves. I decided I had a pretty good thing going and ought to make it official. That was 1980.

I always thought this would be a great place to raise a family and that’s just what I did—two girls and a boy. My kids grew up on job sites and worked for me during the summers. Today, my son and I work together almost every day doing what we love!... Who’da thunk it?”